The red brick complex was built in neo-Renaissance style between 1907 and 1913.  The funding behind the project was mainly provided by the American entrepreneur and philanthropist Andrew Carnegie (1835-1919). The architectural style of the palace with its numerous arcades is reminiscent of a great hall and displays clear neo-classical and Gothic influences. This reflects the style of museums and university buildings funded by Carnegie in the USA.

One of the main landmarks of The Hague is the palace’s 80m-tall belfry which is adjoined to the steep roof at the facade.

The façade is characterized by a varied combination of local brick types and 2,000 cubic meters of Obernkirchener Sandstein®. 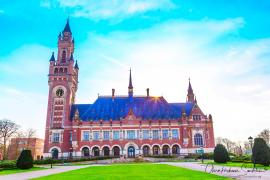 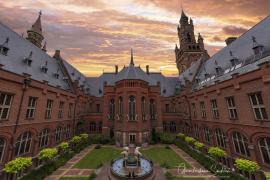 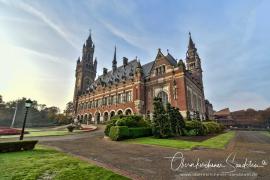 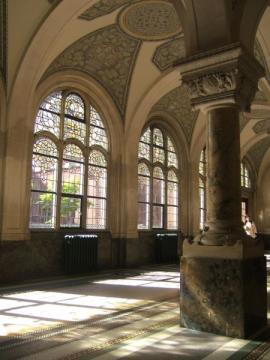 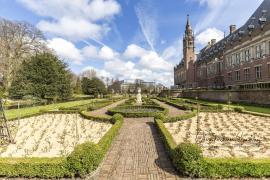 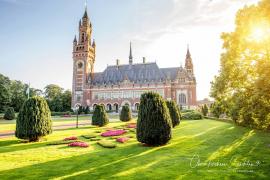