in one of the world's oldest active quarries

The Obernkirchen sandstone quarries are located at the point where the powerful mountain ranges rise from the North German plain, four kilometres east of Obernkirchen and six kilometres south of Stadthagen. Here, on the plateau of the Bückeberg elevation, sandstone has been taken from one of the oldest active quarries in the world for 1,000 years, and is supplied to projects all over Europe.

We are a medium-sized, family-run group of companies. To strengthen our team, we are always interested in hearing from motivated and dedicated new colleagues. Be part of our history - we look forward to receiving your application! 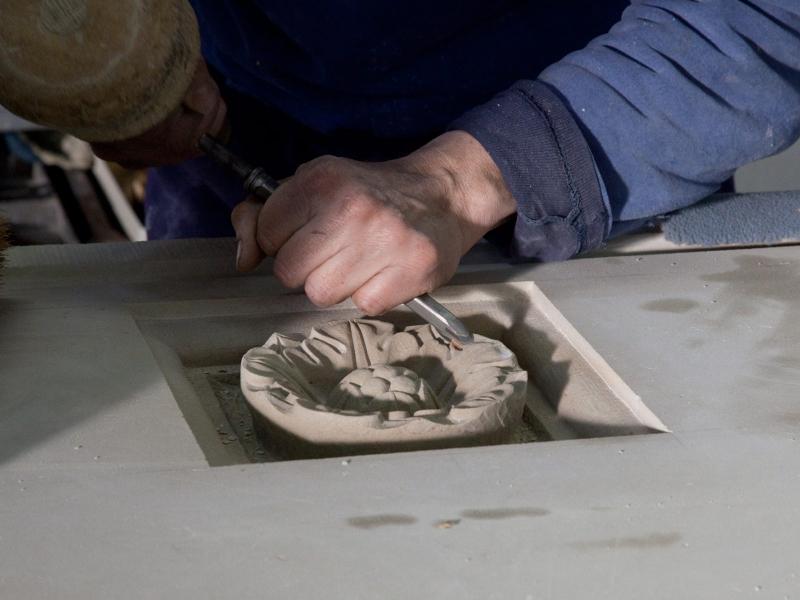