In the first half of the 18th century, King Frederick V commissioned Danish sculptor Simon Carl Stanley (1703-1761) to produce an oversized statue of the hunting goddess Diana with a dog. Due to constant weathering in the garden of Castle Fredensborg, the statue sustained so much damage that it needed to be completely restored in 2016. The State of Denmark had a plaster replica of the statue made, which we recorded with a 3D scanner on site in Copenhagen and milled in our 3D-processing centre at the plant in Obernkirchen using original Obernkirchener Sandstein®. This unfinished piece was then sent for completion to sculptor Martin Hemmsen (A / S Forenede Stenhuggerier) in Denmark.

The statue stands on a newly built base made of Obernkirchener Sandstein® - as did the original - in the garden of the castle of Fredensborg. 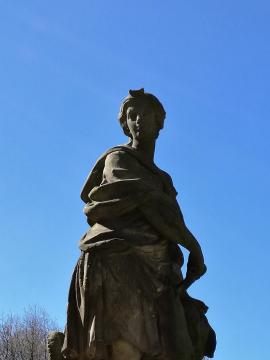 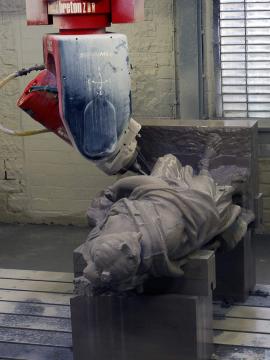 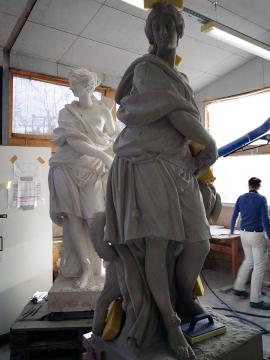 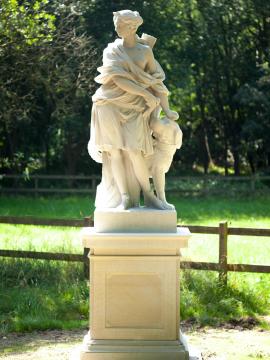 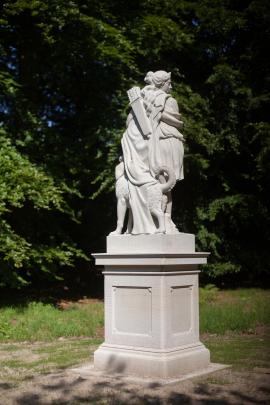 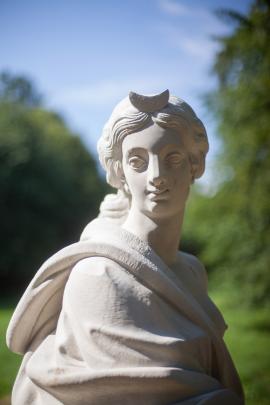 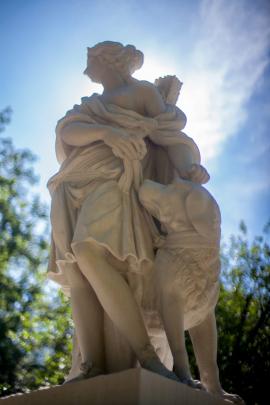