Bremen’s City Hall is one of the most important buildings of the Gothic era and the Weser Renaissance in Europe.  It was built in 1612 by Lüder von Bentheim, a master builder from Bremen, who used Obernkirchener Sandstein®, also known as ‘Bremen stone’ in Northern Europe, for the construction.

In July 2004, it was added, together with the statue of Bremen Roland, to the list of UNESCO World Heritage Sites.   Today, the building is the seat of the Senate, the President of the Senate and the Mayor of the Free Hanseatic City of Bremen. 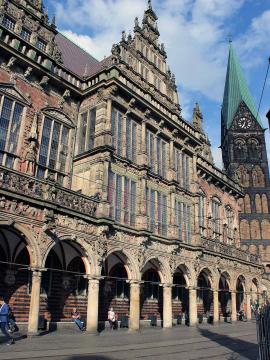 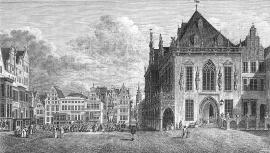 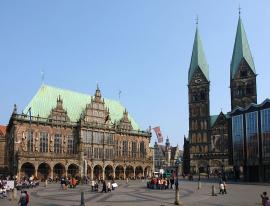 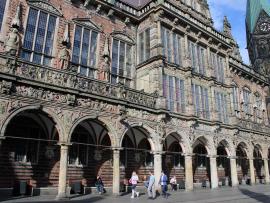 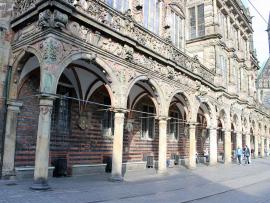 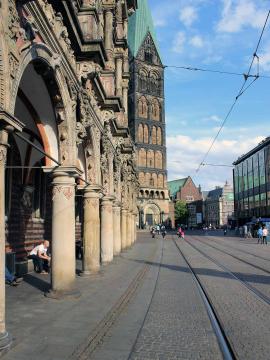