Berlin Stadtbahn (city railway) began their operations in 1882. To accommodate the new railway network, the train station at Alexanderplatz was built between 1881 and 1882, based on designs by Johann Eduard Jacobsthal.  It consisted of viaduct arches and a two-storey front building on the East side, with imperial colonnades made entirely of Obernkirchener Sandstein®, and a semicircular 164 m-long station concourse. The train station was destroyed in 1943.

During the most recent renovation between 1995 and 1998, elements from the century-old station have been uncovered and preserved and are now visible again.  The concept implemented by the architects Robert Paul Niess and Rebecca Chestnutt shows elements of the original sandstone building in combination with yellow brick, smoothly plastered walls and the steel constructions supporting the superstructure. 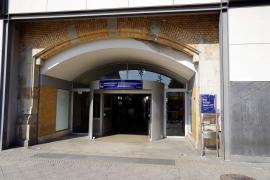 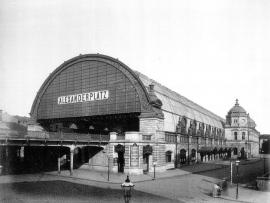 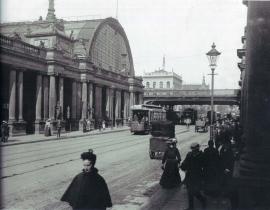 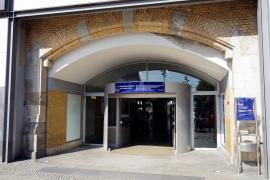