The Leibnizhaus at Holzmarkt in Hannover is a reconstruction of the original house in which Leibniz lived from 1698 until his death in 1716.  The original residence at Schmiedestrasse 10 was completely destroyed during the war.

The Leibnizhaus dates back to a patrician house built in 1499 which was reconstructed for the Military Secretary Carol between 1648 and 1652. Following Leibniz’ death, the house changed hands several times before King Ernst August acquired it in 1844, saving it from demolition.

The Leibnizhaus was considered to be one of the oldest and most beautiful houses in Hannover. In the early 1980s, the decision was therefore taken to rebuild the former residence of Hannover’s universal scholar.  Between 1981 and 1983, the building, complete with its intricate Renaissance facade of Oberkirchener Sandstein®, was reconstructed at a fitting location in Hannover’s historic district.  Today, it is used for academic purposes and is administered by the Leibniz Universität Hannover. 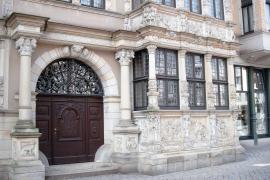 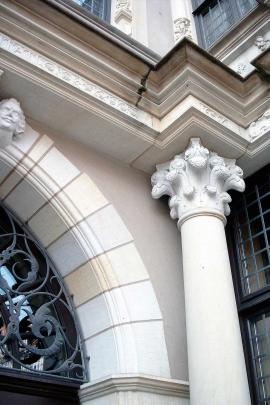 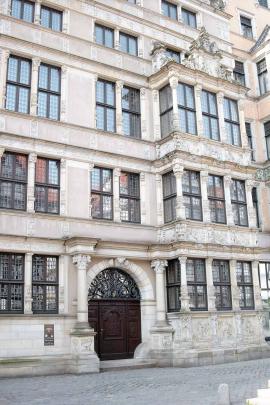 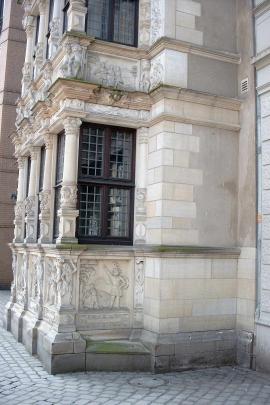 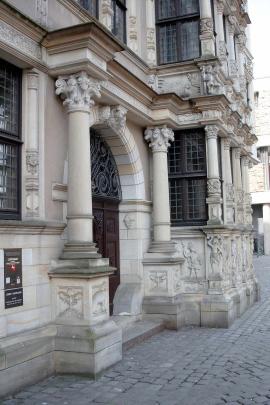 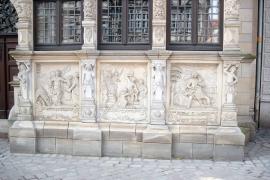 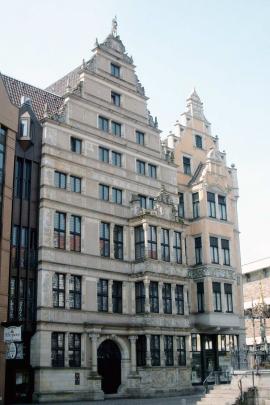