The city palace was built between 1867 and 1872 for Prince Vladimir Alexandrovich, the third son of Tsar Alexander II, and is one of the last imperial palaces to be built in St. Petersburg. It is situated on Palace Embankment, to the east of the Winter Palace and the Hermitage.

The simple, almost harsh, facade stands in stark contrast with the wonderfully preserved interior design which shows various styles ranging from Neo-Gothic to Roccoco.  The complete entrance and the balcony were constructed in Obernkirchener Sandstein®.  Today, the Palace is home to the House of Sciences (House of Scholars). 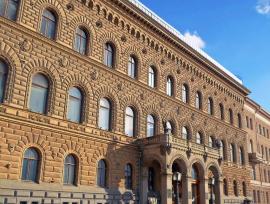 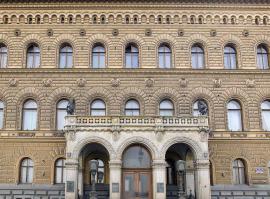 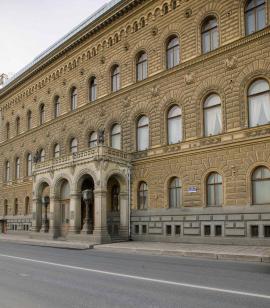 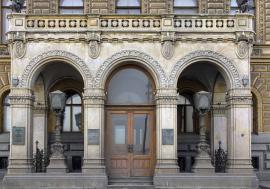 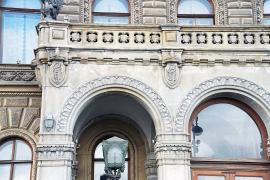 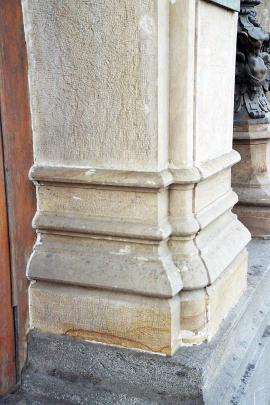