Following the inclusion of the Duchy of Brunswick into the North German postal district, the Brunswick rail and postal administration became the General Post Office Administration for Brunswick on 1 January 1868.  To accommodate the new  administration, work commenced in 1878 on a new, three storey building, which was to be big enough to house the offices of the post administration and the telegraph office, in addition to the postal service.  The red brick building is interspersed with elements of Obernkirchener Sandstein®.

The former master builder for the post office, Heinrich Stephan, was interested in the postal building and construction services under the new German Reichspost (state postal service).  He therefore came to Brunswick to see how work on the new building was progressing.  On the way from the station to the construction site, he was surprised to discover that the impressive entrance to the main building was no longer on the centre line of Friedrich-Wilhelm-Straße.  Due to changes made in the street routing, the entrance was now too far to the right.   Stephan was so outraged by this development that he didn’t return to the construction site or take part in the opening ceremony. 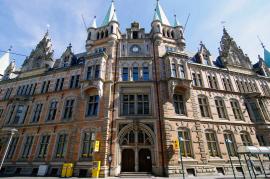 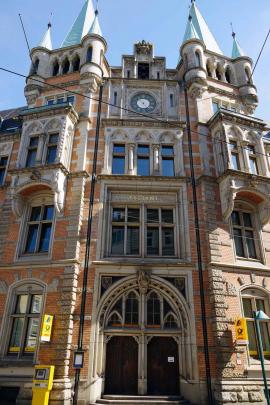 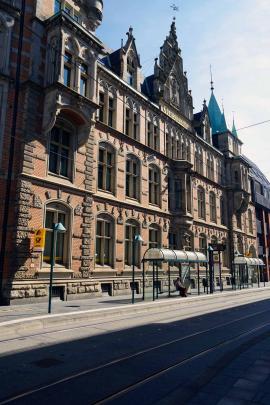 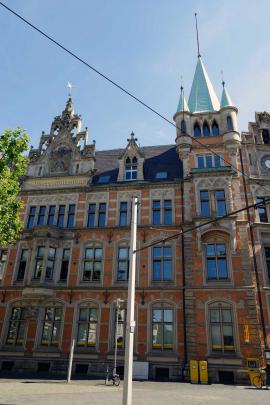