After the war, the Hannover Opera House was rebuilt in a historical style, based on plans by the architect Werner Kallmoren.  The late neo-classical Opera House was built as a Royal Court Theatre between 1845 to 1852 using  typical Hannover Wealden sandstone. The design by Georg Ludwig Friedrich Laves shows first neo-Renaissance influences and is similar to the Berliner Schauspielhaus by Schinkel.

In the reconstruction, many of the original roof ornaments were omitted and the third row of windows was not rebuilt with sandstone, which explains the strong colour difference between the two lower floors. In addition to preserving the substance of the old building, Obernkirchener Sandstein® was used for the post-war restorations. This is evident in the rear side and the square floor tiles in front of the main entrance. 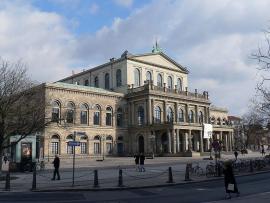 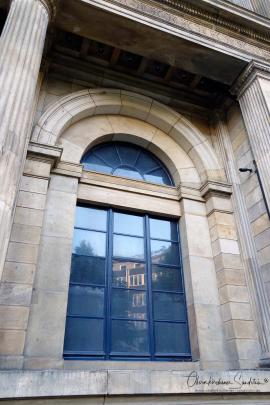 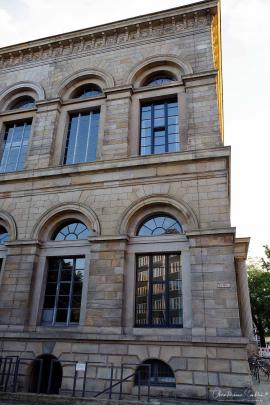 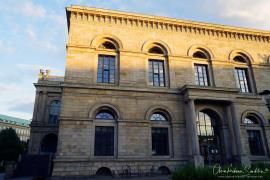 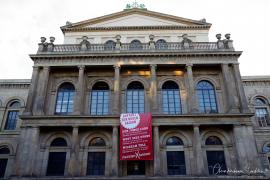 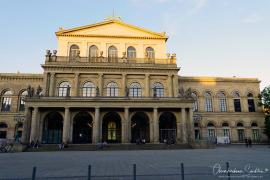