At the end of the 1870s, planning had already commenced for a new theatre which was to replace the Christiania theatre.  An architectural design competition was arranged specially for this purpose, and attracted 14 applications, none of which, however, fully convinced the jury.

Following some amendments, the proposal from 27-year old architect Henrik Bull, who had completed his training in Berlin, was accepted. The groundbreaking took place in November 1891, but the building at Studenterlunden wasn’t completed until 1899, due to persistent financial problems and complicated foundation work in a largely swampy terrain.

Bull’s design was based on German theatre architecture, which was popular at the time. It combined elements of Art Nouveau, Berlin classicism and Neo-Rococo.  In front of the theatre, there are two statues of the playwrights Bjørnstjerne Bjørnson and Henrik Ibsen, which were created by the sculptor, Stephan Sinding.  These stand on layered circular foundations which locals jokingly refer to as cheese pedestals.  The Holberg statue, carved by the sculptor Dyre Vaa, has stood at the north side of the building since 1939.  Accompanying the figure of Holberg, two of his best known stage characters from the Commedia dell’arte, the quick witted servants, Henrik and Pernille, also grace the north side. 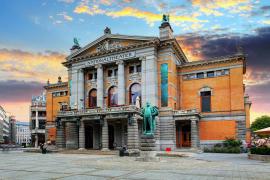 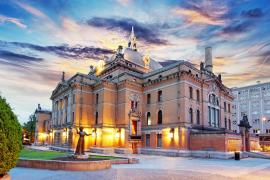 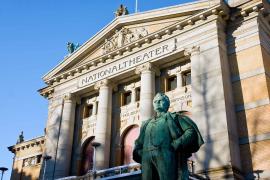 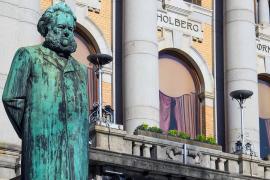 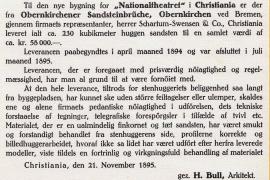 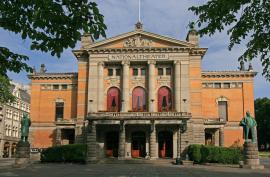 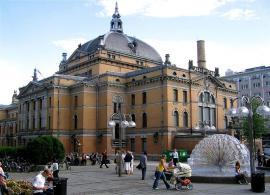