During a visit by King Henry IV on 19 May 1062, the town of Minden was burned down in a conflict between the royal entourage and the town citizens.  This led to the reconstruction of Minden Cathedral for which Obernkirchener Sandstein® was used.  The cathedral is also known as “Eilbert-Dom” in reference to its patron.

In 1152, political circumstances led to the conversion of the building.

In the middle of the 13th century, a new basilican nave was added, but during construction, the decision was taken to build the Gothic hall church which stands at the location today. Following this construction, the cathedral was completed and remained unchanged for almost 600 years until the bombing of Minden in 1945 which led to its almost complete destruction.  In the 1950s, the reconstruction of the cathedral, with adjustments to the architectural style, was undertaken under the leadership of Werner March. 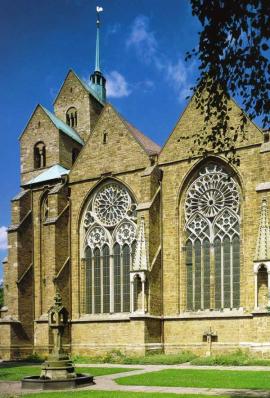 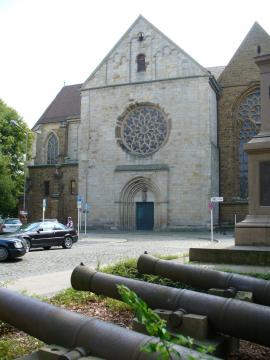 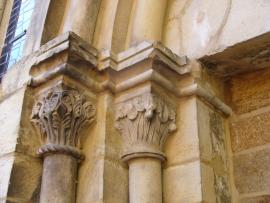