The new stock exchange was built in classical style by Carl Ludwig Wimmel and Franz Gustav Forsmann in 1839/1841.  The building was made entirely of Obernkirchener Sandstein® and was built on the square where the medieval Maria-Magdalena convent had stood prior to its demolition.

Following the Hamburg Fire of 1842, the exchange was the only undamaged building in the area and was later extended by William Lindley in 1859.

The annex to the old wall was undertaken by the construction committee and the architects Bernhard Hanssen and Wilhelm Meerwein. In 1909/12, a further annex was added by the building inspector Dr. Erbe with a third trading floor on Große Johannisstraße.  At the rear of the building, the new City Hall was built from 1886 onwards. Two of the trading halls were destroyed in the Second World War and later rebuilt.

The exchange building is now the seat of the Hamburg Chamber of Commerce and their commerce library. 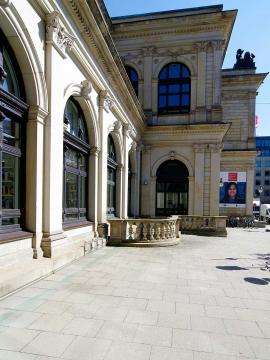 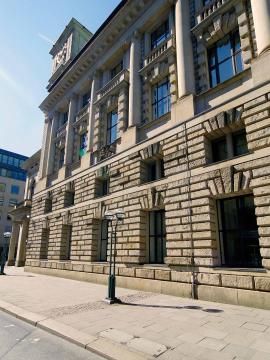 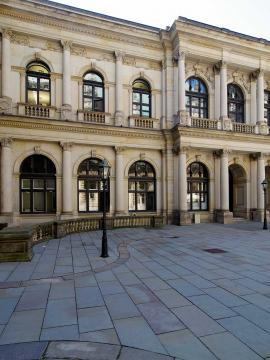 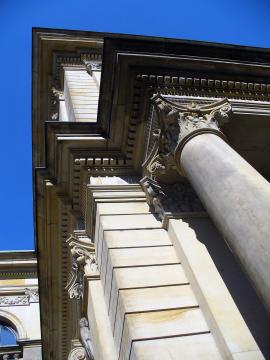 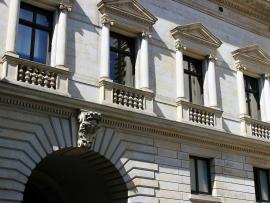 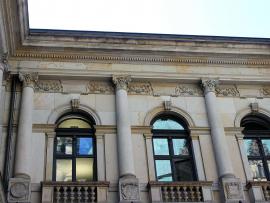 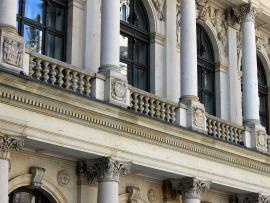 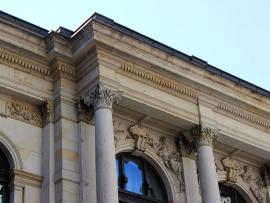 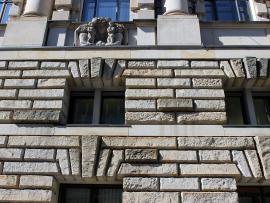 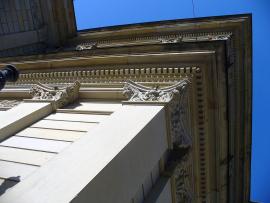 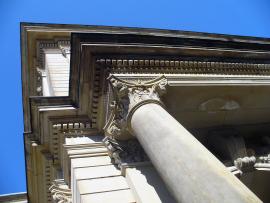 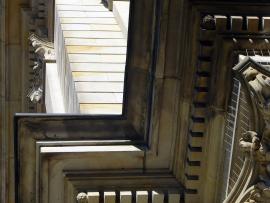 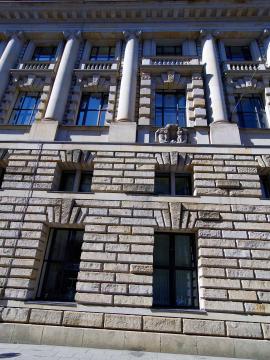 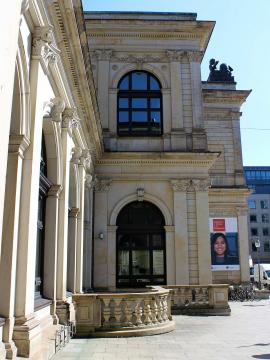 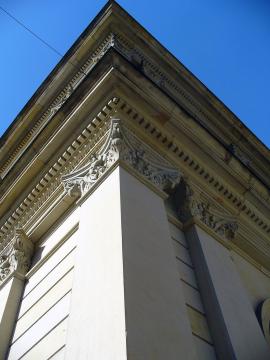