The architects Gropius and Schmieden heralded the advent of modernity with their design for the first bank of the Berlin Central Securities Depository, which was founded in 1850.  The flat gables and positioning of the pillars were reminiscent of the Schinkel school, while the skeleton-like resolution of the facade shows influences of the emerging modern era. Unfortunately, the building did not survive the war.

Only a few fragments of the richly decorated facade, made from Obernkirchner Sandstein®, were preserved. In 2017, the building was completely gutted and the whole block was partly demolished and rebuilt to serve as the administration and repository building for the Berlin State Opera. 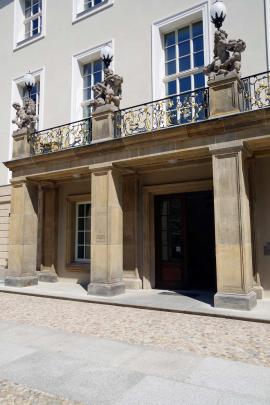 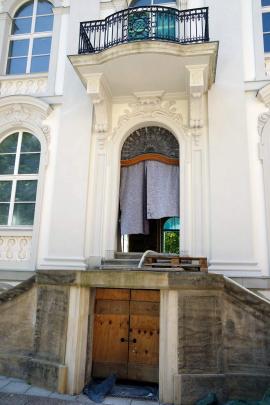 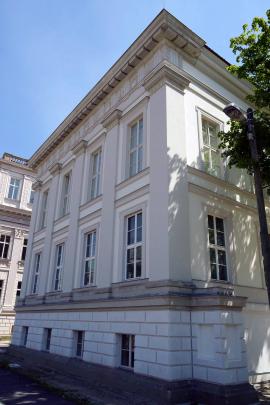 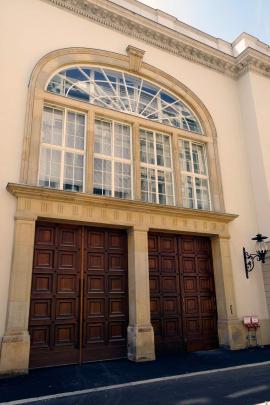