The building complex of the Cron'schen set of houses at Hohenzollern Ring 51 - 55 was built as a sophisticated rental apartment block in 1884. This is where the construction of Cologne Neustadt began. This marked the beginnings of the construction of Cologne Neustadt. Instead of a city wall, planning began with the ring roads which were envisaged as an interlinked chain of noble and representative spaces. The architect, Carl August Philipp, designed the apartment house in French Romantic style, based on the Palais Eduard in Oppenheim. The combination of the quality of the incredibly sophisticated architecture, the natural stone used, and the extremely precise workmanship means that this unique building exceeds the already high expectations of contemporary construction standards at the time.

Obernkirchener Sandstein® was selected as building material for the entire construction, with the exception of the foundation at the footpath which is made from grey granite and the cornice at the basement floor level which is made from green sandstone.  The set of houses was damaged in the war; only the middle section, number 53, the residence of the owner Cron, was spared.

During reconstruction in 1950, the triumphal arch was removed and replaced with a triangular gable. The stele-like caryatids and twin pillars were preserved in the reconstruction. 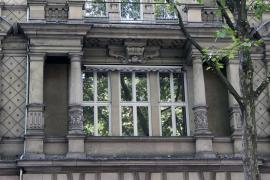 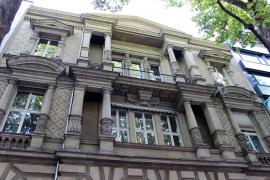 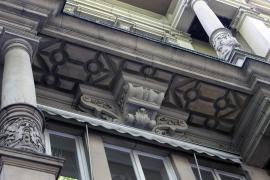 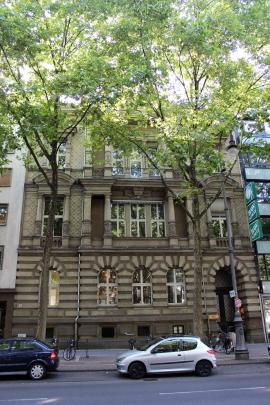 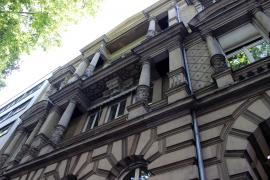 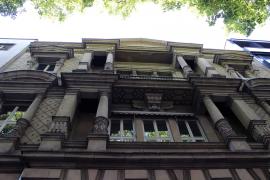 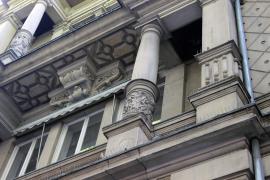 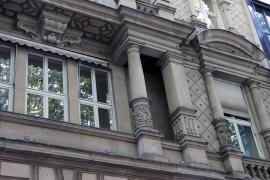 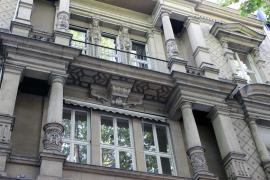 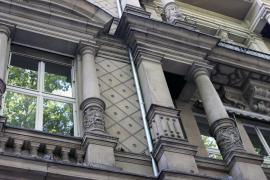 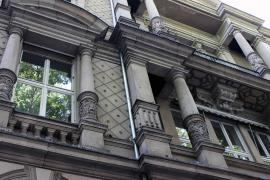