The Kalingrad (formerly Königsberg) Stock Exchange is located in the lower part of town at the green bridge opposite the Kneiphof.  It was built between 1870 - 1875 in italian Neo-Renaissance style and, according to the plans of the Bremen architect, Heinrich Müller, was made completely from Obernkirchener Sandstein®. The building ground needed to be reinforced with 2,200 oak piles.  The stock exchange traded in particular in domestic and international grain, seed and feed and the related sectors of freight, transport, storage and insurance.

Sculptures of the four continents, Europe, Asia, Africa and America, by the sculptor Emil Hundrieser, once adorned the four corners of the building.  However, these were destroyed in the Second World War.  Only the lions on the pedestals of the stairway survived.  The exchange wasn’t rebuilt until 1967. 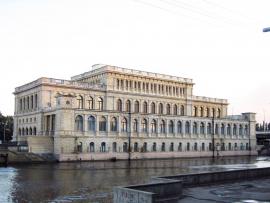 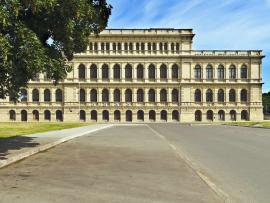 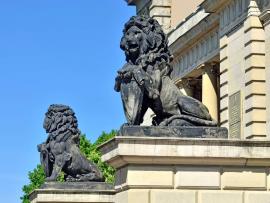 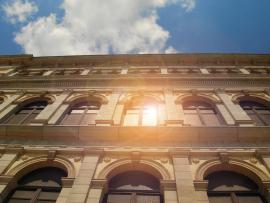