Based on designs by Wilhelm Bockslaff, the neo-Gothic building for the Stock Exchange and School of Commerce in Riga was constructed between 1902 and 1905. The interior is decorated in Art Nouveau style.

The brick façade is occasionally interspersed with elements made from Obernkichener Sandstein®. The building later housed Riga’s German Secondary School until it became the centre for the Latvian Art Academy from 1940 onwards. 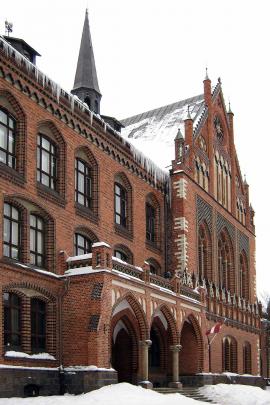 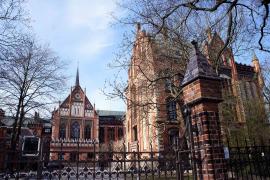 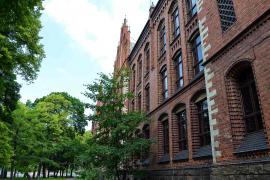