The Kiel Canal was built between 1887 and 1895. At its opening, the canal was named the Kaiser-Wilhelm Canal after Wilhelm I, who laid the foundation stone for the construction of the channel on 3 June 1887 at the base of the Kiel-Holtenau lighthouse. The capstone was laid by Wilhelm II on 21 June 1895, again at the Kiel-Holtenau lighthouse.  Over the course of the eight-year construction period, three different Emperors reigned in Germany.  Up to 8,900 workers moved ca. 80 million cubic metres of ground soil.  The work cost 156 million marks in total.

The imperial coat of arms, a single-headed eagle, looking to the right, with beak, tongue and claws, was a mandatory feature for all public buildings at the time.  The Prussian coat of arms was emblazoned on its chest.  The Imperial crown hovers above the eagle as a symbol of the monarchy.  The crest can be found again and again along the canal at entrances, bridgeheads and also the Kiel-Holtenau lighthouse. All of these emblems were made of Obernkirchener Sandstein®. 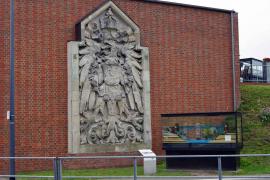 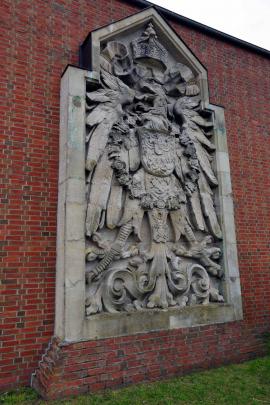 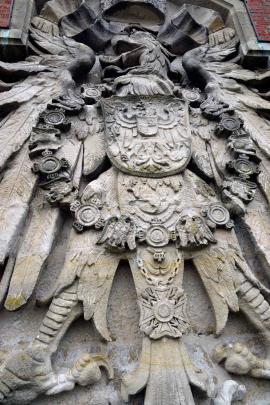 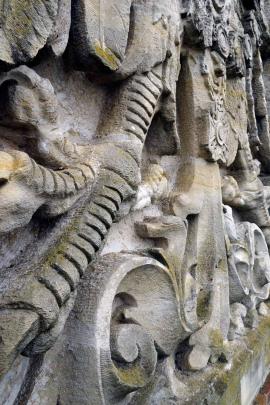 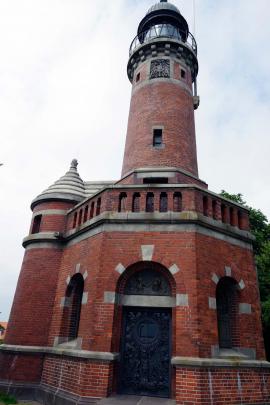 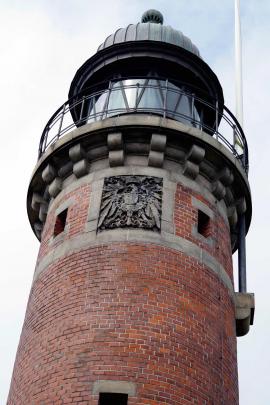 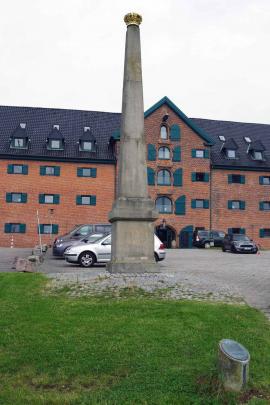 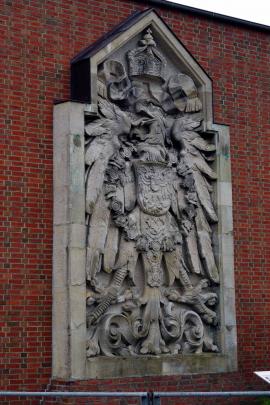