In 2007, the Swiss architect, Max Dudler, was awarded special recognition at the German Natural Stone Awards for his work on the Diocesan library and other administrative buildings adjacent to the Muenster Überwasserkirche.

The extensions created by Dudler complement both the existing buildings and the surrounding urban space.  The architecture, with its appearance of minimal formal expression, simultaneously integrates the existing structure and, due to the use of Obernkirchener Sandstein®, integrates itself into this setting.

The interplay of old and new, foreground and background, perspectives and insights results in a single, unique, stone unit which can be seen as a metaphor for Muenster’s city and book culture set in stone. 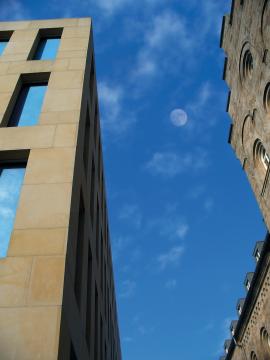 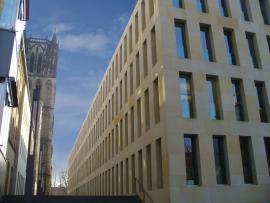 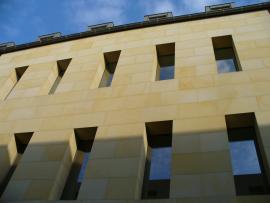