In 1789, Pope Pius VI created the Diocese of Baltimore. However, the new diocese was lacking an appropriate place of worship. To rectify this, plans commenced immediately to create the first cathedral in America.  In 1805, the plans put forward by the architect Benjamin Latrobe were approved by the curators and the foundation stone for the Baltimore Basilica was laid one year later by the archbishop John Carroll.

America's first cathedral was consecrated in 1821 by Archbishop Ambrose Maréchal under the name "The Assumption of the Blessed Virgin Mary". Obernkirchener Sandstein® was used for the pillars of the entranceway, the porch, the parapets, towers and various pieces of ornamentation. 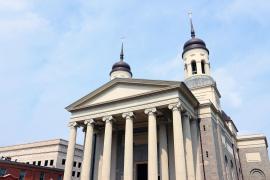 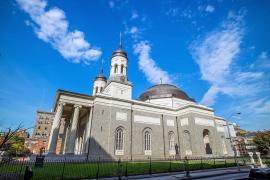 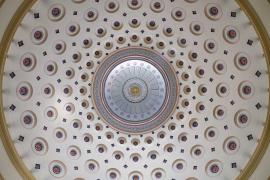