The new City Hall in Antwerp was built between 1561 - 1566.  The plans were drawn up by the Flemish sculptor and architect, Cornelis Floris de Vriendt, who, together with his brother Frans Floris, was highly influential in the emergence of the Northern Renaissance. They link the heterogeneous aspects of the early Renaissance with their own specific style, which exerted a dominant influence on the history of Flemish architecture.

1,400 Fuder (ca. 806 cubic metres or approximately 2,000 tonnes) of Obernkirchener Sandstein® were used for this project.  The sandstone was transported with wagons and carts from the embark point on the river Weser to Minden or Petershagen.  From there, it was transported with special barges, known as “Eken”, to Bremen, where it was handled and shipped to its final destination. 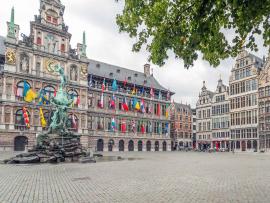 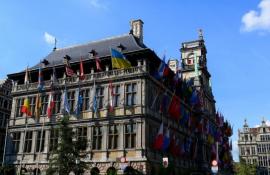 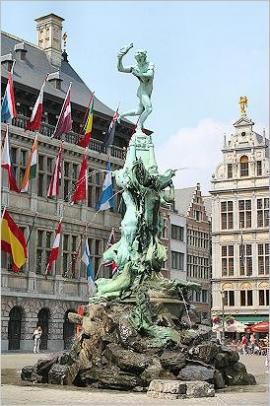 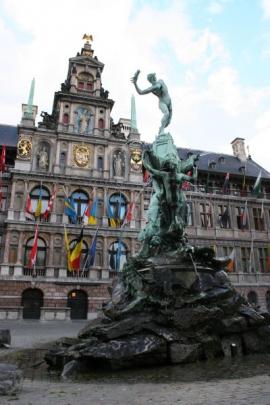 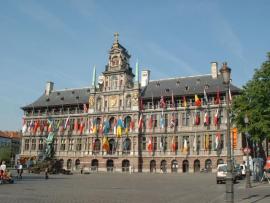